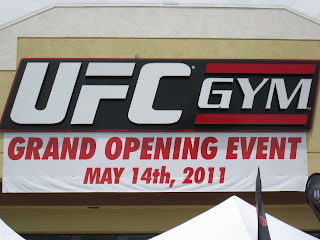 The UFC Gym in Corona planned a huge grand opening event for MMA fans. Chuck Liddell, Arianny Celeste, Urijah Faber, Leonard Garcia, Phil Davis, Donald Cerrone and Kenda Perez were all scheduled to make appearances. I arrived at 6:45 in the morning and workers were setting up booths and tents outside of the gym. When I went to go make line an employee from the gym handed out this schedule to the fans. 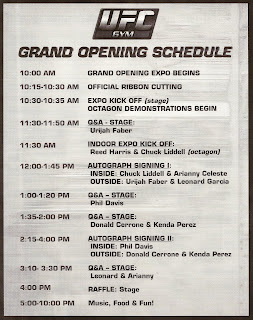 Fans were then allowed to go inside the gym. We were all there to meet Chuck Liddell and were told the signing would take place inside the Octagon located in the middle of the gym. A line then started to form outside of the cage. 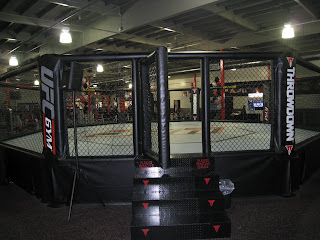 Staff told fans that we could walk around the gym to take a better look at the equipment. Here are the bags. 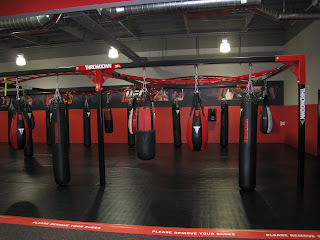 The weight plates are bad ass. All of them had the UFC logo including the dumbbells. 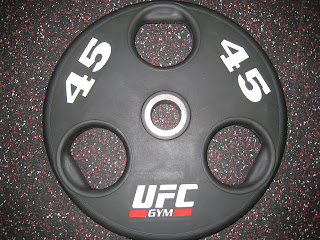 This is the cardio section of the gym. It was very clean and empty. 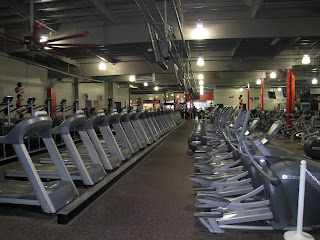 Here is another picture of the gym. It was very empty. I began to think that nobody was going to show up. 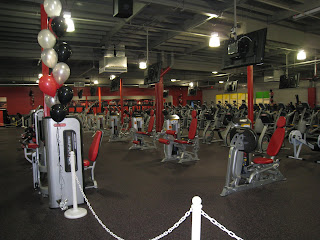 Here is the gym a couple of hours later. The place was jam packed. I was beginning to feel a little claustrophobic. 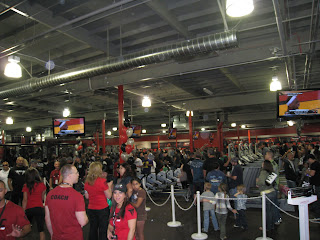 Chuck and Arianny arrived on time. The line was very long. Staff wanted fans to get one item signed per person to keep the line moving faster. Some people still managed to get two items signed. 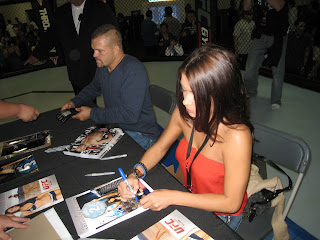 I was only in line for Chuck Liddell but had to take advantage of Arianny being there. Here she is signing my photo. 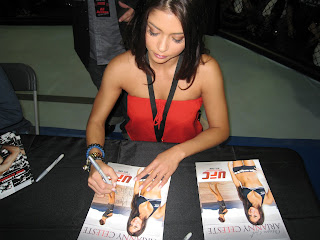 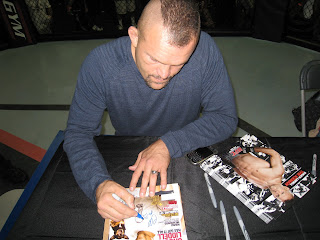 Below is a short video of the signing.

Once I got my autograph from Chuck I headed outside to the Leonard Garcia and Urijah Faber line. Both fighters were signing together. The line was short. 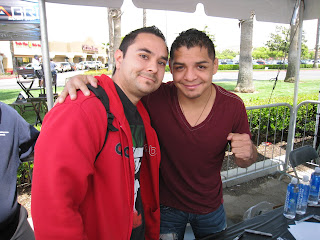 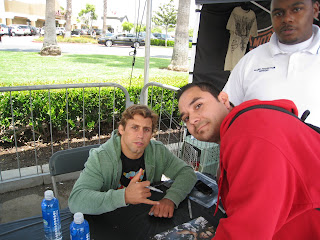 B.J. Penn also made an appearance at the grand opening. Here he is posing with a Marine. He was walking around at the event with a bunch of security so it was hard to get to him. 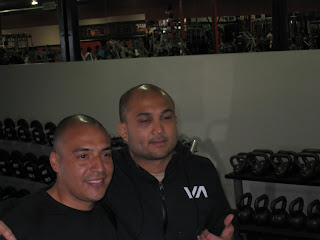 Joe Henle also made a non scheduled appearance. He was on the Ultimate Fighter season 11. 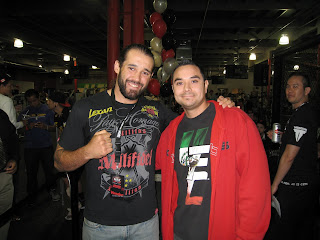 I left the event to get something to eat. I arrived a half hour later and made line for Donald Cerrone and Kenda Perez. Cerrone joked with the fans the whole time. 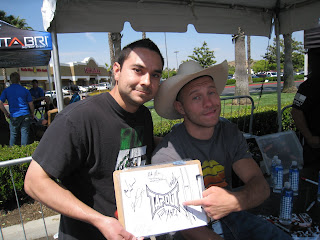 Here I am with Kenda. She is currently hosting the Best of Pride Fighting Championships. After I took this photo I headed home. 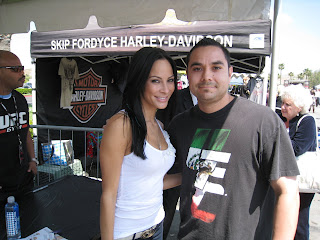 The sport has come a long way. MMA trading cards are now being printed. I had these cards signed that were given out at the event. 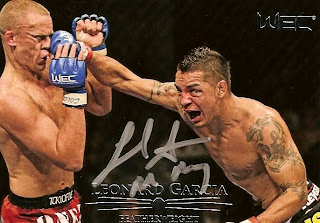 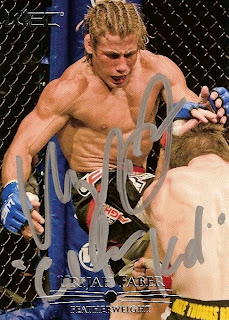 Thanks to Chuck Liddell, Arianny Celeste, Leonard Garcia, Urijah Faber, Donald Cerrone, Kenda Perez, Joe Henle, and the UFC Gym in Corona, CA for this free event. I would also like to thank the kind and courteous staff at the gym who were very professional. The event was well planned and organized.

Thanks for reading.
Posted by EDGAR at 4:53 PM