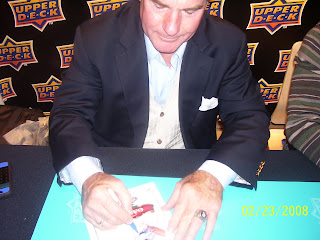 I have not been to the Upper Deck store since the grand opening event. They host many autograph signings but charge a fee per autograph. I do plan on going back on March 6, for NBA Hall of Famer and Lakers legend Elgin Baylor. I figure if I pay, it's going to be for a Hall of Famer. I also did not make it to his last signing in Cerritos last year.

A new promoter is now working with Upper Deck. They were having many complaints about the previous promoter. Hopefully it's a change for the better. The photo at the top of the post is one I took of Steve Garvey at the grand opening event. I like attending his signings. All have been good experiences with no complaints. 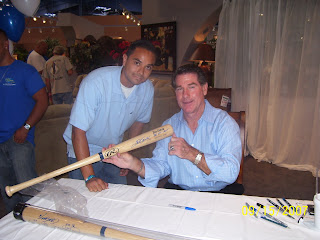 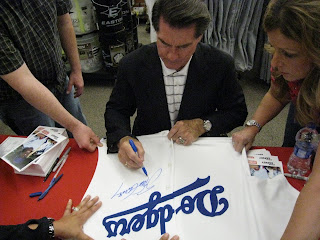 Thanks for reading.
Posted by EDGAR at 10:46 PM