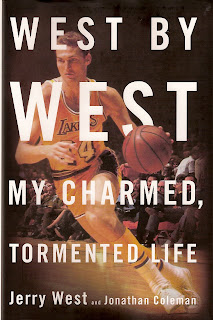 Jerry West made an appearance at the Milken Institute in Santa Monica to sign copies and talk about his new book "West by West". Jerry was interviewed by sportscaster Jim Gray at this event. Jim asked Jerry many questions about his new book and his life on and off the court. Jerry discussed his relationships with Shaq, Kobe, Magic, Kareem and talked about the current NBA lockout.

The most odd question that Jim Gray asked Jerry during the interview was what he thought about the current scandal going on at Penn State. Jerry answered the question even though It had nothing to do with the book. The funniest moment came when Jerry made a joke about him not getting royalties from "The Logo". The interview lasted about one hour and was very entertaining.

I probably would of attended this event just for Jim Gray. Jim has been in broadcasting from the time that I was in diapers. He has done television and radio broadcasts for the Super Bowl, World Series and NBA Finals to name a few. He also recently interviewed Barack Obama.
During the interview someone from the audience passed out. Jim Gray called for a short recess so the person could get help. During the break Jim and Jerry talked to audience members. 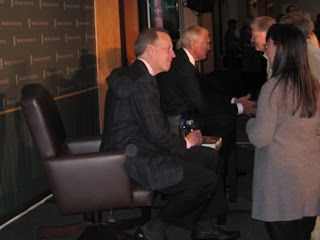 After the interview Jerry went to a table and signed autographs for the fans. 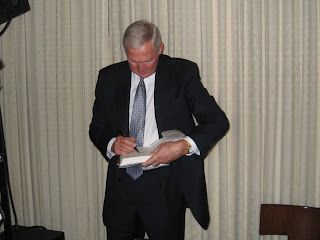 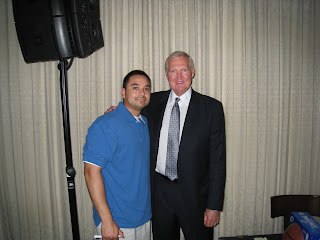 After the event Jim mingled with people in the audience. To be honest I was more excited to meet Jim Gray than Jerry West. 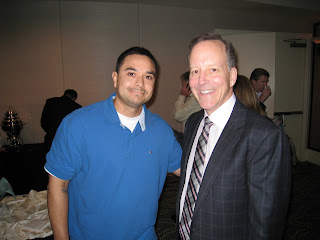 Here is a short video of the signing. 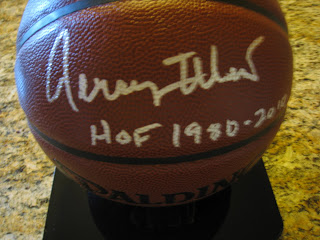 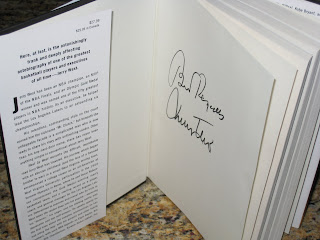 Thanks to the Milken Institute, Jim Gray and Jerry West for this event. 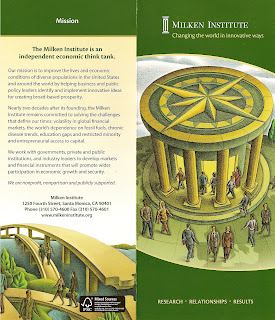