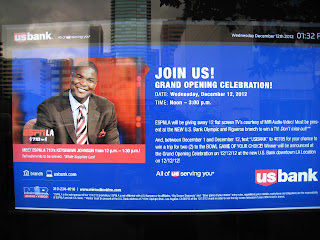 U.S. Bank had a grand opening event at their new location in downtown Los Angeles. The event featured free food, giveaways such as flat screen televisions and included an appearance by current ESPN analyst Keyshawn Johnson. The event was also scheduled on a Wednesday and around lunch time. I'm sure they would of had a much larger turnout if they did this on the weekend. I'm thankful that it was held on a Wednesday though. I wouldn't of been able to make it on the weekend.

When I arrived at U.S. Bank I noticed a decent turnout. ESPN radio staff told people that Keyshawn would only sign one item per person. Obviously most people just got back in line to get their second item signed. People were in and out of the autograph line in a short while. Keyshawn ended up leaving the event 15 minutes before his scheduled end time since there were no more fans in line.

I noticed fans leaving the line with a small signature on their
footballs. I asked Keyshawn if he could give me a large signature. I'm sure
Keyshawn heard me but he still signed it small. I jokingly told him "C'mon man". 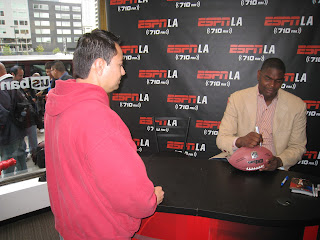 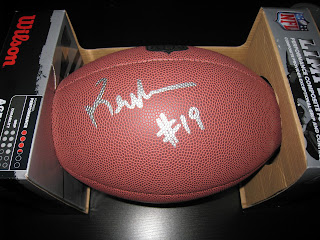 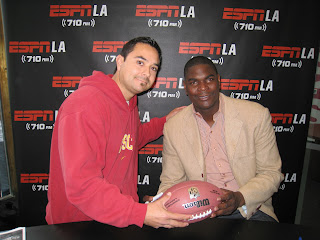 Thanks to U.S. Bank and ESPN LA for this free event. 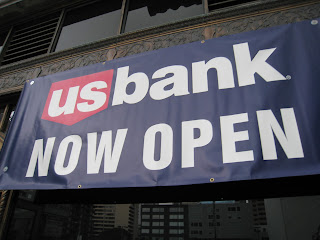 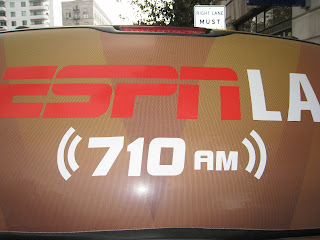