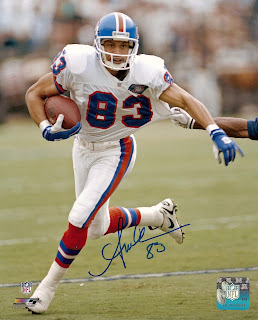 Last August my friend Alex hosted a signing with former San Diego Charger Anthony Miller at his office in Rowland Heights. It wasn't much of a turnout due to a couple of other events taking place that day. When I met Anthony last Thursday he mentioned to Alex that he was open to doing another signing in the future. Obviously Alex won't set up another Anthony Miller appearance unless it's by popular demand.
Posted by EDGAR at 5:13 PM