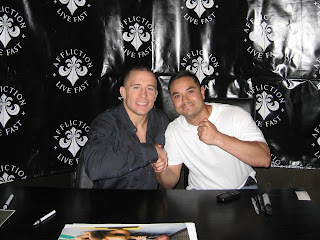 Georges St. Pierre made an appearance in Seal Beach to sign autographs. The event took place at a Affliction clothing store. GSP is one of the biggest names in MMA and I have never heard of him making appearances in So Cal. So when I heard about this event from a friend I knew I had to attend.

When I arrived in the morning there was only one person in line. It was a little surprising since I expected a huge turnout. A couple of hours later the Affliction store opened and fans were allowed to go inside to look around and make purchases. I thought about getting a shirt until I seen the $50-$60 price tag. Shortly after that GSP arrived to meet with fans.

Fans were then sent inside the store in small groups to meet GSP. A chair was set up next to him where fans had the chance sit down and get their items signed. It reminded me of the time when I met Pete Rose in Las Vegas about three years ago. This signing was an actual meet and greet. We were not rushed at all. I got my two items signed, a posed photo and got the hell out of there.

It seems as if I have new grandparents. I see them often at signings and even carpooled with them to this event. Here is my new grandpa getting his items signed by GSP. 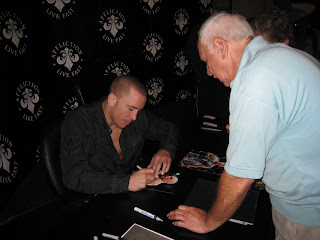 Here is my new grandma with GSP. 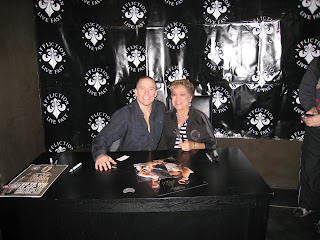 Below is a video from the GSP signing that I found on You Tube. A fan goes home very disappointed and someone I know gets his autograph at 4:08. Check it out.

Thanks to Affliction in Seal Beach and GSP for this event. 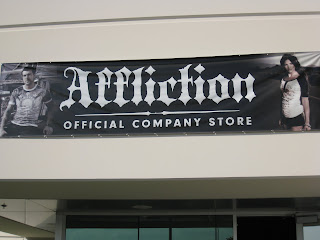