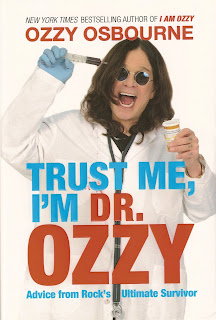 On Friday I attended a event featuring rock legend Ozzy Osbourne. Ozzy was scheduled to sign copies of his new book "Trust Me, I'm Dr. Ozzy" at Barnes & Noble in Riverside. I was a little hesitant on attending because my thing is sports autographs. I don't care much for music or celebrity autographs. At the same time Ozzy is a legend and to be signing autographs in my area made this event a must.

I arrived at Barnes & Noble about 7:30 in the morning and noticed hundreds of fans already in line. I was told many fans had camped out overnight. Numbered wristbands were then distributed at 9:00 a.m. by employees. Once you were given a wristband you were pretty much guaranteed an autograph. After getting a wristband fans were told to come back later in the day for the book signing which would start at 7:00 p.m.

These were the event guidelines for the book signing. (click to enlarge) 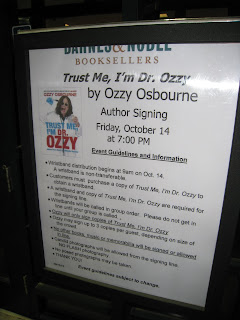 I arrived about 5:30 in the afternoon and this was the crowd outside of the store. Shortly before 7 p.m. fans were let inside the store to make line. 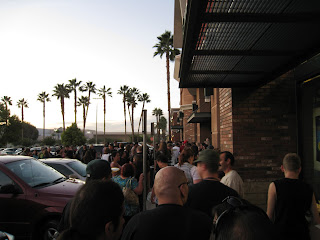 This was the scene inside with the first couple of hundred fans. Fans were anxious for Ozzy to show up. A no flash photography rule was in place. 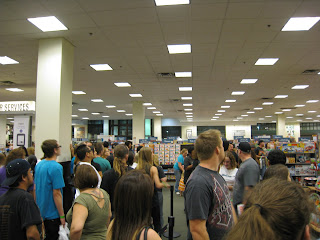 Here is Ozzy signing copies of his book. This was the closest fans were allowed to take pictures. 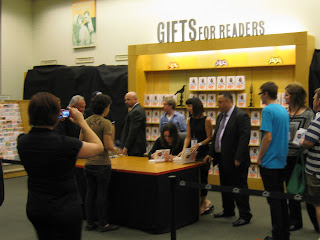 Ozzy talking with a fan. 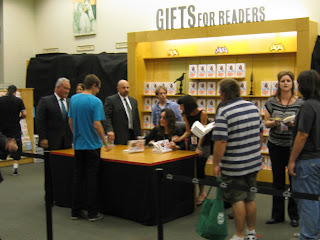 People in line? Over 400 people.
Free signing? No, purchase of the book was necessary.
Price of the book? $23.26 with tax.
Books per person? Ozzy would sign up to 3 books per person.
Outside items? No outside memorabilia was allowed.
Which Barnes & Noble location? Riverside.

Thanks to Ozzy Osbourne and Barnes & Noble for this well planned and organized event. 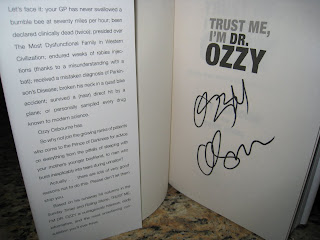