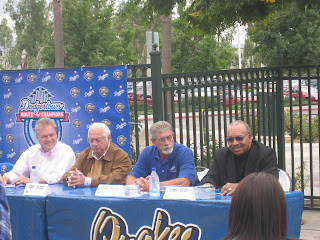 The Rancho Cucamonga Quakes had an event today to celebrate the new partnership between the Quakes and the Dodgers. Tommy Lasorda, Steve Yeager, Tommy Davis and Wes Parker were all on hand for the celebration. Nobody really knew if an actual autograph signing was going to take place at this event. We just knew that Tommy Lasorda along with other former Dodgers would make appearances. Most fans came prepared with items and were not disappointed. After the event all former Dodgers sat at a table to sign autographs. I'm glad the Quakes had this event. Everybody had a good time. 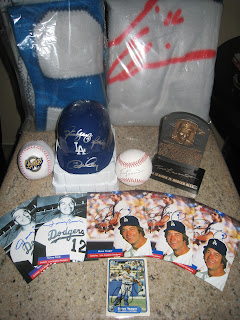 Tommy Lasorda loves kids. Here he is talking to a little girl. 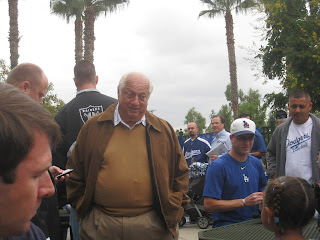 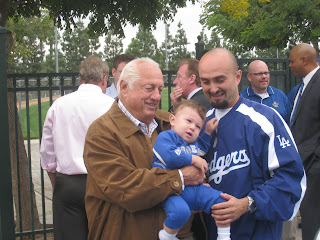 Tommy blowing a kiss to a kid. 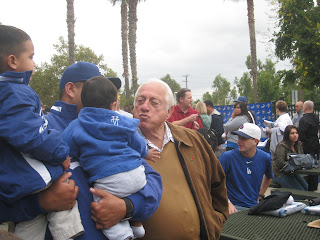 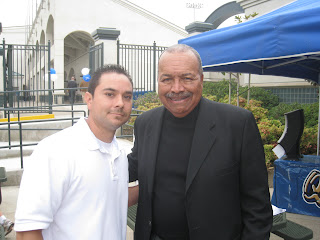 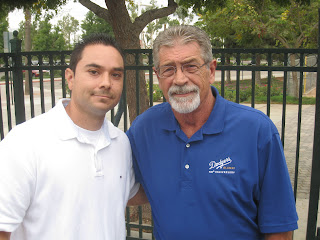 Thanks to Tommy Lasorda, Tommy Davis, Steve Yeager and the Rancho Cucamonga Quakes for this free event.
Posted by EDGAR at 5:35 PM