Please ignore the dates on the bottom right corner of the pictures. I was using an older camera and forgot to update it. Trust me, all the pics were taken on February 26, 2011. 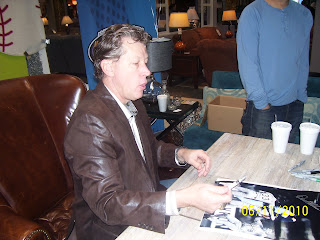 Dodger great Orel "Bulldog" Hershiser made an appearance at Living Spaces in Rancho Cucamonga. The signing was scheduled from 10:00 am-12:00 noon. Fans waited outside in the cold all morning until Living Spaces staff let fans enter the store about 9:30 am. Orel arrived on time and then began to sign autographs. The line moved pretty slow. I do believe everybody went through the line at least once though.

Orel had some of his trophies on display for the fans to see. Here is Hershiser's 1988 World Series Trophy. At least I think it is. 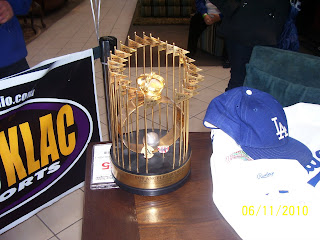 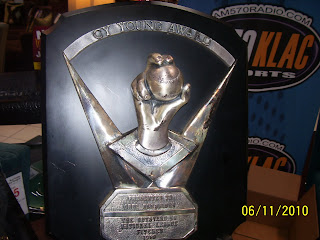 The 1988 World Series MVP Award next to the Cy Young. 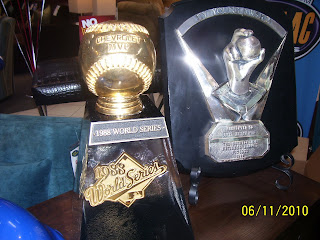 Orel handing back my baseball after signing it. 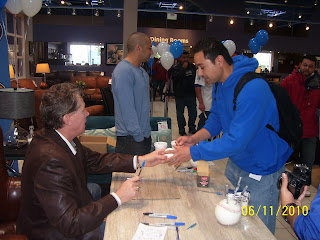 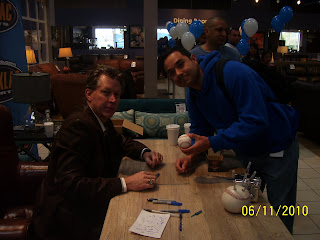 Orel didn't want to do an inscription on my baseball. 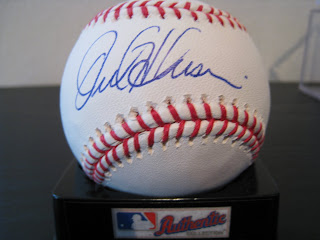 I hadn't been to this Living Spaces location since 2007. That was when they had former Dodger Steve Garvey on hand to sign autographs. Hopefully they can start hosting more signings here. It's a shorter drive for me. Big thanks to 570 KLAC, Orel Hershiser and Living Spaces. Especially Living Spaces who host a ton of free signings throughout the year.
Posted by EDGAR at 12:48 PM