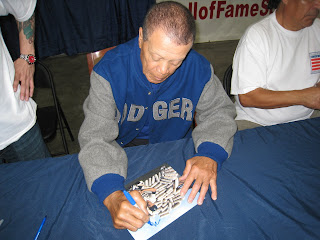 Dodger's great Maury Wills made an appearance at Frank & Sons in the City of Industry. The event was hosted by Hall of Fame Sports which featured their annual open house. I arrived about 3 hours before the signing and was surprised that there were only 5 people in line. Time went fast and before I knew it fans were being let into the warehouse.

Many other former players were scheduled later in the day such as Pete Rose, Rudy Law and Claude Osteen. I only went for Maury Wills and the free gift bag that Hall of Fame Sports was giving away. After getting my autograph I picked up some memorabilia supplies and then headed out to an Evander Holyfield appearance.

Maury was in a good mood even though it doesn't show in this photo. 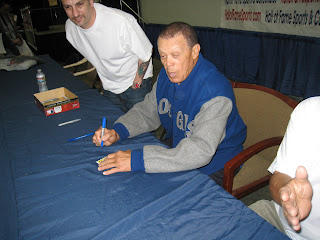 I got a photo and mini bat signed by Maury. 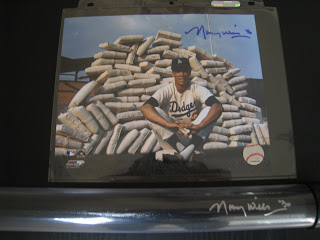 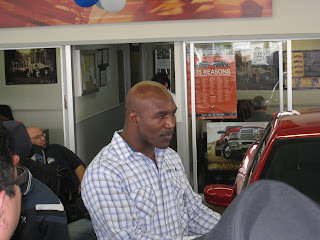 Boxing champ Evander Holyfield made an appearance at a Dodge dealership in the City of Downey. I headed over after the Maury Wills event at Frank & Sons. I arrived at the event after it had started. I noticed many disappointed fans. Why? Evander was not signing any autographs at all. He was only doing a photo op with fans. Many fans were persistent and kept asking if he could sign their item. The answer was still the same from Evander. "I can't".
To be honest even though Evander didn't sign any items I was still glad I made it. He is a boxing legend and being able to talk to him and get a picture taken with him was well worth the trip.

I noticed that Evander had an ear that looked a little weird. I'm sure that was the one that Mike Tyson bit back in '97. 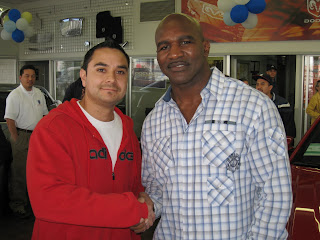 Since Evander didn't sign any items I figured to at least get multiple pics with him. 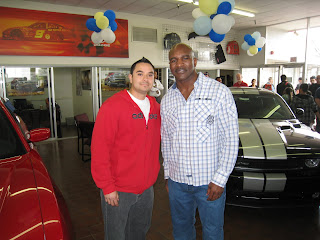 After Evander took pics with everybody he did a Q & A session. 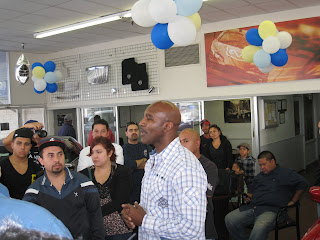 He answered every question that fans asked him. 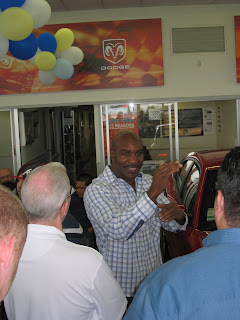 Below is a video of Evander talking with the fans. Evander is asked "Who hit the hardest of all your opponents".

I have a post from another Hall of Fame Sports open house linked here.

Thanks to Hall of Fame Sports, Maury Wills, Downey Dodge and Evander Holyfield for these free events.
Posted by EDGAR at 7:43 PM