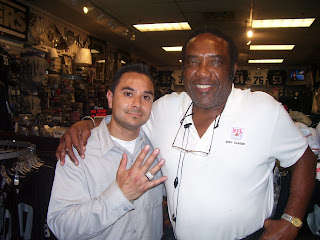 The 49ers all time sack leader Cedrick Hardman made an appearance at The Raider Image to meet with fans. Cedrick also spent a couple of seasons with the Raiders to justify him signing autographs at The Raider Image. In the morning I wasn't sure about going since I would have to go to the signing directly from work. In the morning I did put my camera in the car in case I did attend the event.

After work I decided to head over but wasn't really excited. I arrived at Ontario Mills sweaty, smelly and dirty. It was a little embarrassing since there was a lot of eye candy walking around if you know what I mean. At the same time I didn't care as long as I got my autograph.

When I arrived at the store there was a short line of only 5 people. Cedrick had a table set up with his Raider photos. All photos were $10 and included a signature. I'm a 49ers fan so I wanted a photo of Cedrick in a 49ers uniform. I asked politely where all the niner photos were and he pulled out a stash from a bag. After getting my autograph Cedrick let me take a picture with him wearing his Super Bowl ring.

Here is Cedrick signing my photo. All those years in the NFL took a toll on his hands. 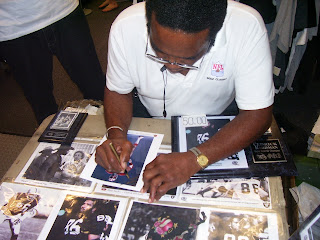 Thanks to Cedrick Hardman and The Raider Image @ Ontario Mills for this event. 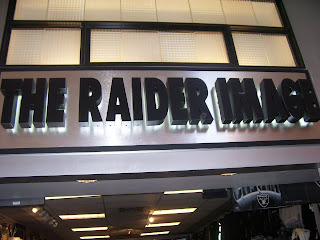