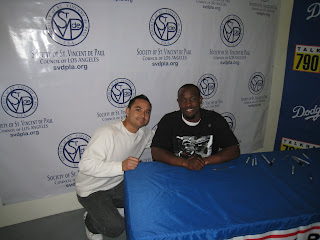 Tony Gwynn Jr. made an appearance at St. Vincent de Paul's Thrift Store in Los Angeles to sign autographs. I expected a small turnout for this signing and that was the case when I arrived. Only about 50 fans showed up for this appearance. It could of even been less.

KABC staff were very polite and had the autograph line well organized. Tony Gwynn Jr. showed up shortly after 12:00 noon and began to sign for the fans. Fans had the opportunity to get multiple items signed and take posed pics with Tony which made the line move very slow. It wasn't a big deal since it was a small turnout. 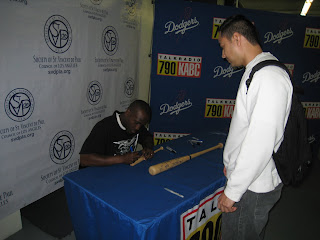 Here I am with Jr. 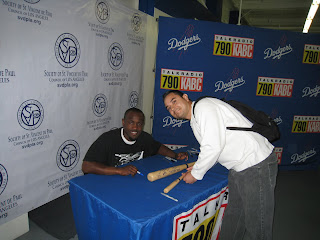 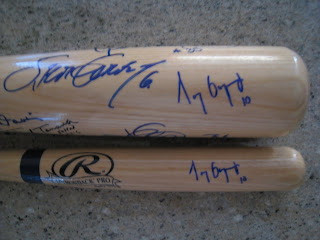 Here is short video of the signing.

Nothing to do with the signing but here is Tony's Ride. 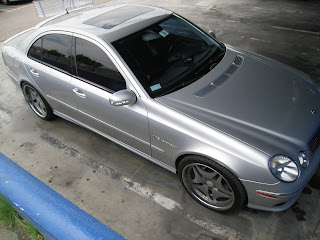 A close up of his "Bling Bling". 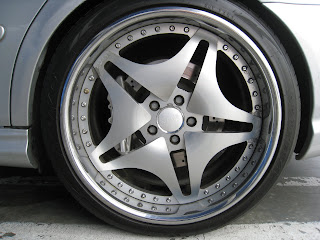 Thanks to St. Vincent de Paul, Tony Gwynn Jr. and 790 KABC for this free event. 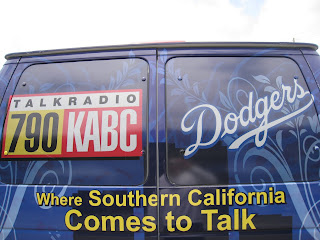