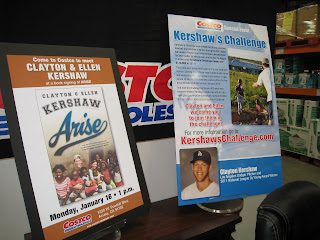 Clayton Kershaw made an appearance at Costco to sign copies of his new book "Arise". Clayton's wife Ellen was also at this event since she co wrote the book.
Here it is quick and simple. 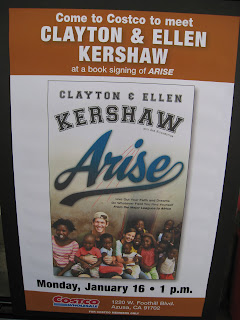 The event guidelines were posted near the autograph line. 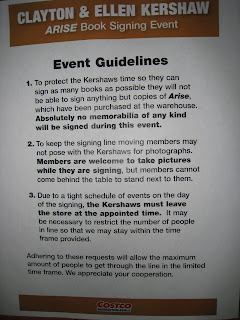 More rules that were posted by Costco. 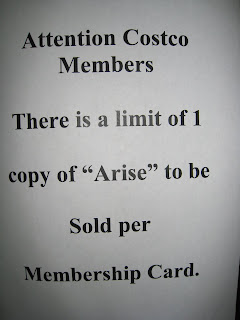 Clayton and his wife Ellen arrived early and began signing right away. 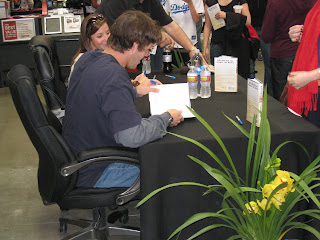 Here is Clayton signing my book. 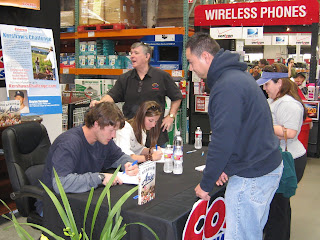 Costco staff didn't want people to do posed pics with Clayton. They only wanted
fans to snap quick photos of Clayton signing their book. Whatever. 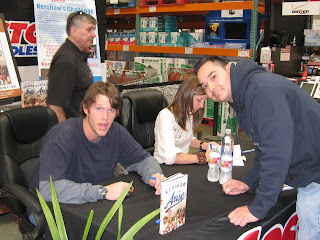 One lucky fan got an outside item signed. He got on his knees and
begged Clayton to sign his photo and it worked. No joke. 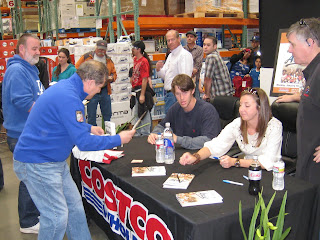 Here is s short video of the signing.


Instead of my name I had Clayton personalize my book to this blog.
I guess it's something different. 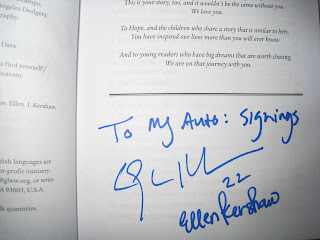 Thanks to Costco, Clayton, and Ellen Kershaw for this event. I would also
like to thank Rafael who helped me out since I didn't have a Costco card.
Email: myautographsignings@yahoo.com
Posted by EDGAR at 3:26 PM